Thai massage is an ancient method combining elements of Yoga, acupressure, reflexology and meditation. Thanks to this unique combination, Thai massage results in a complete holistic improvement of the recipients physical, emotional, spiritual and intellectual condition.

Historically speaking the knowledge of traditional Thai massage (Nuat Boran) reached South East Asia some 2200 years ago. It is said to have been introduced more than 2200 years ago by a doctor from Northern India by name of Jivaka Kumar Bhaccha, a contemporary of Buddha and personal doctor of the Magadha King Bimbisara. Kumar Bhacca is known to have been a friend of Buddha and a doctor for the Buddhist monks. He is mentioned in the Pali Canon, the old texts of Buddhism of the Southern school of Theravada (found today mainly in Sri Lanka, Burma/Myanmar, Laos, Cambodia and Thailand).

In the 17th century mention was made of medical texts written in the Pali language and Khmer script on palm tree leaves. These old texts seem to have been of great importance and were workshipped almost in the same was as the Buddhist writings. However, when the ancient Royal Capital of Ayutthaya was destroyed in 1767 by Burmese conquerers, the old texts were largely lost. Only fragments survived which King Rama III in 1832 used as a basis for the famous epigraphs of the Phra Chetuphon Temple (Wat Pho) in Bangkok. The most famous massage school, where our personnel was trained (The Wat Pho Traditional Medical School), is also part of this temple. 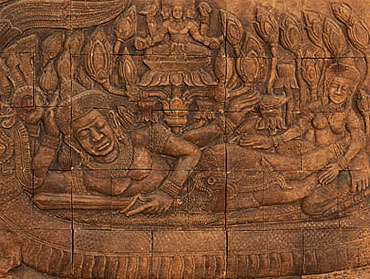 Thai massage - Nuat Boran - is described by many as the "ideal massage". Its roots reach Buddhist philosophy; even today many Buddhist temples in Thailand run massage schools. This form of massage has taken a prominent place in the life of the Thai people. It is part of the family of oriental techniques based on the healing theory of intrinsic energy flows and energy balance, similar to the Chinese massage Tui Na, Indian ayurvedic manipulation-based massage and the Japanese Shiatsu massage. An obvious Indian influence of yoga stretching and breathing methods but also the careful use of energy channels – the so called Sen – is noticeable.

Everyone who has experienced a Thai massage admits that in an extraordinary fashion it heals all chronic pain, facilitates movement, eradicates stiffening of joints and reduces muscle tension. It stimulates blood and lymph circulation and as a result slows down the aging process, especially by preventing wrinkles and increasing skin elasticity. During a Thai massage one feels overwhelming relaxation and absolute mental tranquility. At longer sessions, some of our clients calmly fall asleep only to wake up refreshed and full of energy. 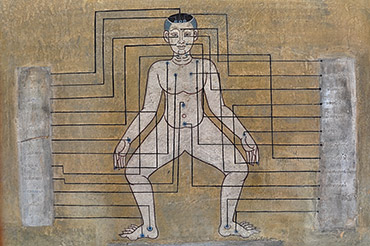